The new cost of being comfortable

5 small things you can do in retirement

The new cost of being comfortable 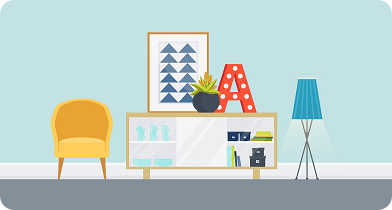 Australia’s perception of a comfortable lifestyle has shifted significantly upwards in recent decades, according to new research from MLC called the ‘Australia Today’ report.

For most, this new comfortable living comes at a high cost. Almost half of all Australians believe you need a household income of at least $150,000 to maintain a comfortable lifestyle in Australia.

So what do we think makes a comfortable lifestyle today? Seventy-six per cent of Australians believe ‘comfortable’ means ‘having enough money to do what I want, and buy what I want’, with the majority also believing an average lifestyle should include having a nice house and car, annual overseas holidays, regular entertainment and being able to afford private schools.

It’s certainly more than a basic standard of living. For most Australians, what we really mean by comfortable is ‘well-off’.

Laura Demasi, IPSOS Research Director, comments: “Australians have seen decades of relatively unbroken economic growth…these new expectations of lifestyle are the result of decades of elevated standards of living. It’s an evolved perception of how we should be expected to live. It just makes sense that people think that way, because we’ve ridden the wave of prosperity and this is the result.”

While comfortable in the true sense means ‘relaxed, easy and contented’, research reveals that keeping up with the financial cost of comfort is making us surprisingly discontented, or rather uncomfortable.

Have you ever taken a brief pause after you ‘tap and go’ with your credit card, waiting for the word ‘approved’ to appear? Ever wondered what your account balance really is (because you never get the ATM receipt and all your bills are on direct debit anyway)? Or ever given a sigh of relief when your pay-cheque came in? You’re not alone.

It’s this tap-and-go mentality – buy now, pay (and think) later – that’s re-defining the way Australians live and spend. But if we do plan on budgeting later, since most of us are perpetually opening our wallets – when is later?

Cost of living or cost of lifestyle?

The worry of rising costs of living is clearly a concern for most of us, with 69% believing that the high cost of living means average Australians are struggling to make ends meet. Meanwhile 83% of us believe that today’s cost of living is much higher than it was even just ten years ago.

They’re big numbers, but when we look at what people think the cost of living is, we can see these perceptions arise from the fact we’re confusing standards of living with lifestyle. If we add in the lifestyle extras, such as travel and renovations, to perceived cost of living, naturally budgets are tight.

Demasi agrees: “People are confusing standard of living with lifestyle factors – this is the big shift in perception.”

Interestingly, the vast majority of us doing well, also aspire to greater wealth, and the more we have, the more we want.

We’re enjoying our comforts…aren’t we?

You’d expect we’d be enjoying this comfortable life: the drive in our nice car to a night out at the new local restaurant, or our overseas holiday, or reclining on our comfy sofa watching our high definition TV, wouldn’t we? Especially since we’re spending our entire pay-cheque to get it.

Well, not entirely. The problem is that keeping up this lifestyle isn’t as easy as the word ‘comfortable’ suggests. The research showed that 67% of Australians are simply trying to ‘keep their heads above water’, citing their main goal for the future as maintaining their standard of living.

Sixty percent of respondents also said their salary hasn’t kept up with maintaining their standard of living, with a large majority (59%) shopping at discount supermarkets to save money. At the same time, almost half of all Australians believe the government should do more to support middle class families.

So it seems the cost of being comfortable isn’t just the pay-cheque, it’s many other things, most importantly the worry of making ends meet and the worry of wanting more. Both of which prevent the other.

What can you do to make ends meet tomorrow?

Consider developing a household budget and reviewing what unnecessary luxuries you could take out that would make a big difference over the long term and may help with your financial security and retirement age.

Source: MLC. Statistics mentioned are from the ‘Australia Today’ whitepaper by MLC. February 2016